Have you ever had to ask people to change how they work? Maybe you’ve introduced a new process, a new piece of software etc. It was pretty hard, wasn’t it? Behaviour change doesn’t happen simply because you’ve told people to change.

One of my clients approached me with a behaviour change dilemma. He was responsible for sales force effectiveness in a big insurance firm and told me that the sales people needed the expertise of actuaries when selling to big clients. The problem was that actuaries, traditionally a back office function, weren’t too keen to get involved in sales… Actually it’s almost the polar opposite what they wanted to do. “They are more than a bit introverted”, he said.

So what to do?

My client started looking for “bright spots” – actuaries who had already been involved in sales and who had helped seal the deal. Then he asked them to write down an anecdote of what happened when they managed to get that big sale. He then sent those anecdotes to me – the visual storyteller. 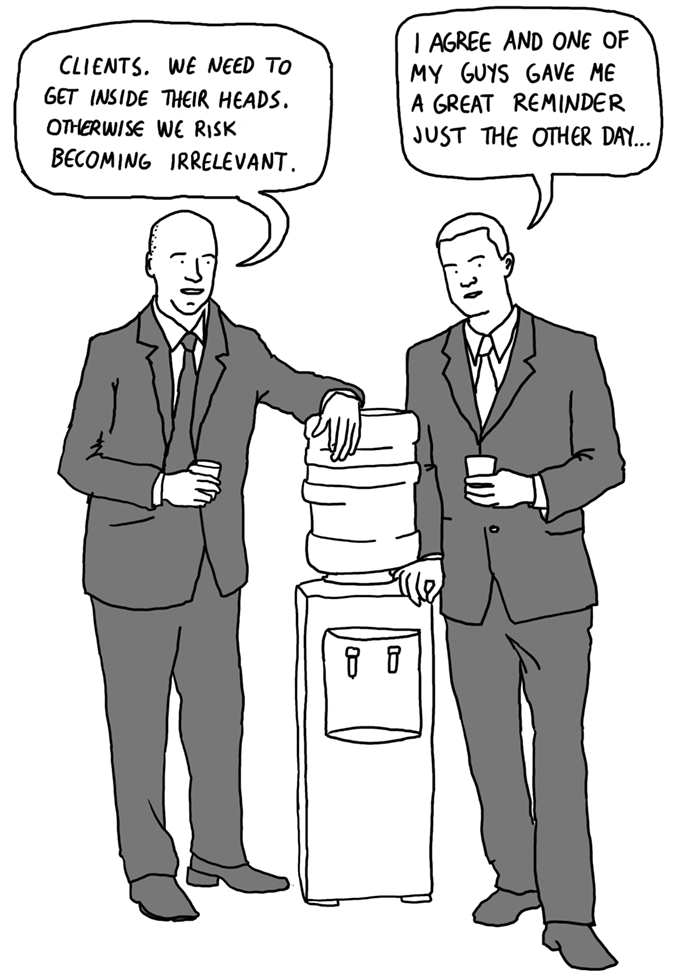 We didn’t use actual actuaries as characters (instead we acknowledged their contribution at the end of the story “story inspired by xx”). But we did use actual execs in the intro comic strip – the “why” piece that explains the reason for change.

The anecdotes were about abstract insurance concepts. Not much drama or adventures in exotic places. In other words perfect material for comic strips. With drawings you can use visual metaphors (can’t take a photo of a claim protocol? No problem – we can always draw it) and depict scenes that would be expensive and cumbersome to produce in video. And when you read the case story comic strip below think how boring that would be as a video.. 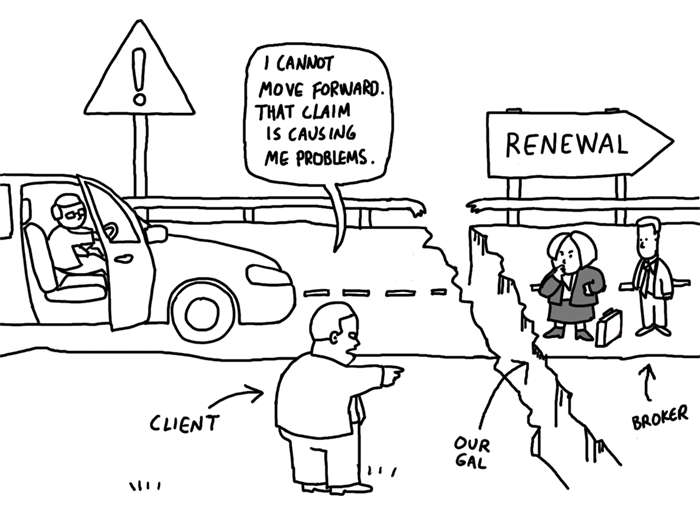 The stories also included problematic situations – it’s important to show that not everything goes according to plan – that makes the stories real (people are desensitised to smooth success stories). Of course all the stories had a happy ending..

You made us into heroes!

I met some of the actuaries after the comic strips had been released into the wild. They were chuffed somebody had made them, the actuaries, the heroes of the story. The client later told me that he still sees the visuals being used in the company even though the initiative ended couple of years ago. And people still reference the slogan of the campaign “get out there”. It became part of the culture. 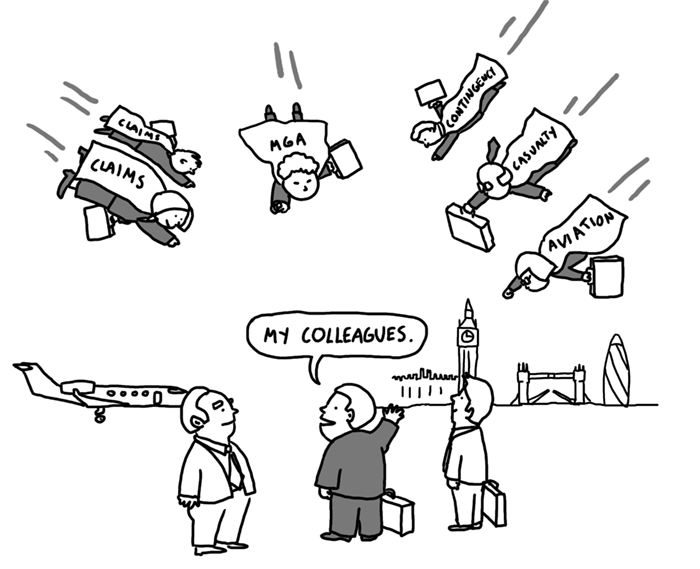 People listen to their peers – the campaign showed that there are colleagues who are already doing the “new thing”. It’s much more effective than a manager dictating this is how you must work from now on. The trick was to make these new behaviours visible – and interesting. One way to do it was by giving them a comic strip form.

People are also less scared of communication that looks playful and approachable. Injecting a bit of humour and using a cartoony style made the new behaviour (meeting clients, helping sales people) less scary. Maybe even enticing.

An example of one of the stories:

All stories ended up in a version of the last cartoon where an actuary is crossing the chasm – in various inventive ways.