This is an internal marketing project I worked on in my previous organisation.

The web team had a problem. Other teams in the organisations had over time set up independent websites for various projects. When these teams no longer had the time or money to maintain the sites the web team were called to help. The problem was that the digital team didn’t have the resources or expertise to maintain these sites which then resulted in these websites quickly becoming out of date. The solution: 1) kill most of the project sites and concentrate on maintaining and developing the core websites and 2) introduce a new way of working (ticketing system) so that the website sprawl wouldn’t happen again. Also: raise the profile of the web team as the go-to people for all things web.

The change had to be communicated in a positive and clear way over a one month period. I created series of illustrations and posters that would explain the problem and introduce a new way of working. The web team would simultaneously communicate the same messages on the organisation’s internal social media network (Yammer) and via email. In addition the team would conduct series of workshops on the new way of working. Below are the two key illustrations for the campaign.

The situation before and after the reform. The campaign had its own visual brand and logo. 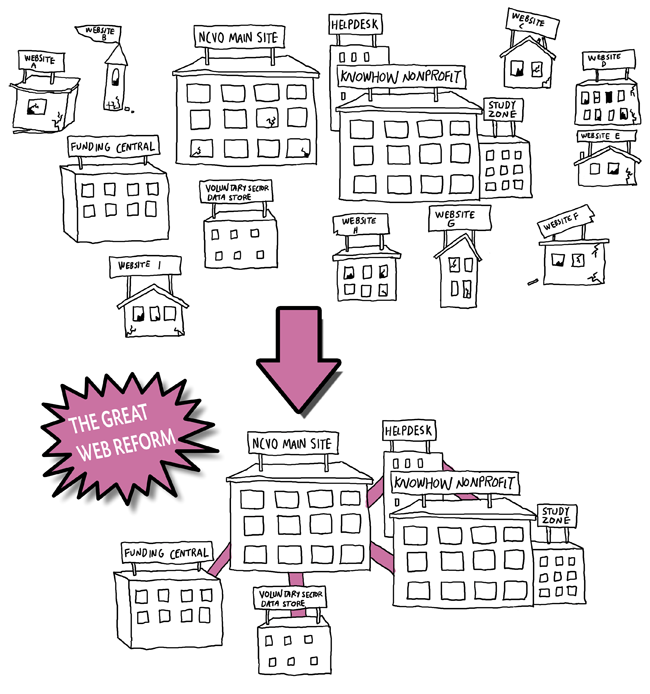 This illustration is part of a poster explaining the new web ticketing system. 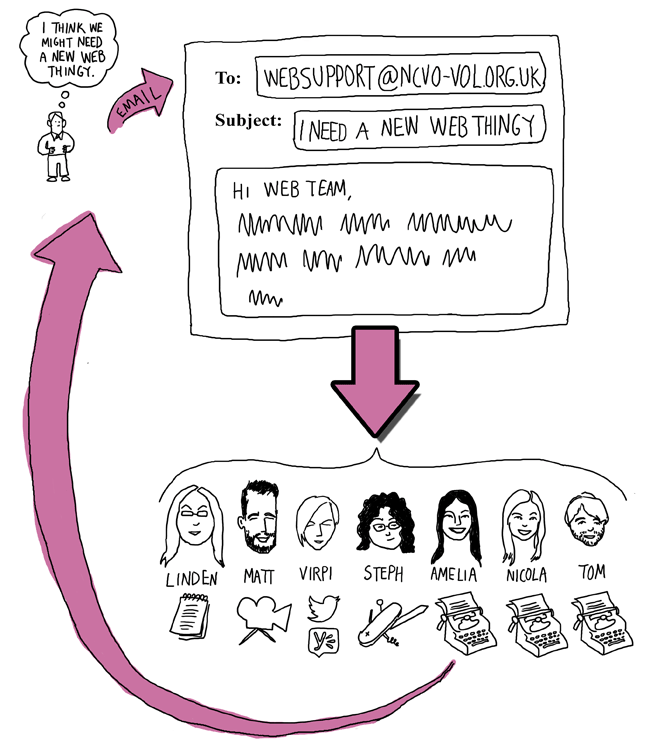